A Brief History of Andrews and the Surrounding Area

Valleytown Township dominates the eastern part of Cherokee County. The area is bordered by Graham County to the north, Macon County to the east, Clay County to the south and the Town of Murphy to the west. Within the township are the towns of Marble, Andrews, and Topton.

At the heart of the township is the Valley River. Once known by the Cherokee name Gunahita, meaning long, the Valley River begins near the Topton community in the far eastern corner of the county, and meanders southeasterly until it meets the Hiwassee River below Murphy.

The area is rich in Native American history. An 1805 map shows the area as the Cherokee settlement Toonatla. It was later listed on a map of the Cherokee Nation as Gunahita. By the time of the removal of the Cherokee Indians in 1838, it was known as Konehetee, or valley. One of the most infamous periods in history, the removal of the Cherokee and the Trail of Tears, also impacted the valley. Fort Delaney, one of five forts in the area, was located about 16 miles from the mouth of the Valley River. The road across Tatham Gap was built by the US Army to transport Cherokee from Fort Montgomery, which was located in what is now Robbinsville, to Fort Delaney and beyond. It is said that the first store in the valley was opened in a former home of Chief Junaluska, who was residing in Valley Town at the time of the removal.

The town of Marble derived its name from the white, blue, gray and pink marble, which were quarried in the area and known throughout the country for its high quality. It is located on the western edge of the township.

Topton, which is the first town visitors see coming from the east, was instrumental in the expansion of the railroad into the western corner of the state.

The largest town within the township is Andrews. In the early 1800s, when most white settlers began arriving, the area was known as Jamesville, after James Whitaker. An Indian Trading Post was established in 1837 and soon after the community was known as Valley Town.

The present town was established like many other southern towns, through a land auction. The Richmond and Danville Railroad had stopped construction of the lines just east of here. In the late 1880s, Col. A.B. Andrews, who was a second vice president for Richmond and Danville, was sent to the area to establish a commissary for workers in the Nantahala construction camps. Andrews bought 50 acres of land for the sum of $1,200.

By the spring of 1890, Andrews was instructed to sell off the 50-acre tract at a land sale, which was held in September. The land was plotted out and about three-quarters of the lots were sold at the initial sale. Some lots were donated for a schoolhouse and churches. The remaining lots were sold through private sales.

The town was officially incorporated on February 21, 1905 with David Samuel Russell appointed as the first mayor of the new town.

(reprinted courtesy of The Cherokee Scout) 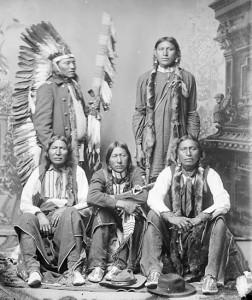 The Appalachian Mountains of North Carolina are rich with heritage and tradition. The Cherokee Indians and later, white settlers, who were born and bred in these mountains have maintained the richness of life instilled in the honor of the land.

While time does not stand still, it moves at a somewhat leisurely pace. The Cherokee and Appalachian folk have lived generation after generation in the rustic coves and “hollers” of the mountains, giving way to limited influence from the outside.

While the Cherokee were uprooted from their homeland in the time of the Trail of Tears, those who remained passed their language and heritage down through the generations.

And, it is not surprising to note that descendants of early white settlers have many characteristics of speech with roots in the Elizabethan era. What outsiders may consider simple talk has, in reality, its foundations in the type of speech used by Sir Walter Raleigh, John Donne, and William Shakespeare. Examples of this influence include “cheer” for chair, “nary” for not any, “reckon” for believe, or “y’uns” for a group of people.

But the uniqueness of the language is not all based on “olde English;” rather colloquialisms that have been handed down throughout the years, which are simply better than anything else – “a-fixin” for preparing, “vittles” for the stuff that graces your plate, and “poke” for a paper bag.

(courtesy of The Cherokee Scout, written by Dee Whitt Sharp, Unofficial Historian for the Town of Andrews)

The history of Andrews is closely related to the building of the Richmond and Danville Railroad, which was completed in Andrews in the spring of 1890, the same time the original depot was built. Andrews was named in honor of the railroad’s second vice-president, Col. A.B. Andrews.

W.P. Walker, a pioneer merchant who operated a general store in Valleytown, was the first person to build on the new town site in the winter of 1890. The first dwelling in Andrews was built by Sandy Mundy.

From its small beginnings, Andrews grew from two dwellings and one store to a progressive village of 1,748 citizens in 1930.

The growth of the town was slow until 1897, when J.Q. Barker of Charleston, West Virginia, located a lumber operation, Kanawha Hardwood Company, in the area currently occupied by Blevins Oil Company.

In 1905, Mr. Barker constructed a narrow gauge railroad, the Snowbird Valley Railroad, from Andrews to the Snowbird Valley. This development was the beginning of building activities in Andrews and created a demand for labor, buildings, and merchandise.

He was quite a promoter and gave much time and energy to the growth of the town. In 1905, he attended a session of the state legislature and secured passage of an act incorporating the town of Andrews.

The legislature made D.S. Russell Andrews’ first mayor and J.W. Walker and J.Q. Barker the first members of the Andrews Board of Aldermen.

Also, during the same legislative session, Mr. Barker secured the passage of an act incorporating the Valleytown Township Highway Commission, which was the first road tax district authorized west of the Balsam Mountains and an act incorporating the Andrews School District. He was an officer in these corporations and spent much of his time seeing them carried to a successful conclusion.

F.P. Cover, a practical and successful tanner in Browntown, Virginia, constructed the F.P. Cover and Sons Tannery in Andrews in 1898. His enterprise furthered the demand for labor, building materials and merchandise. His industry operated continuously, thus furnishing employment to many people, and proved to be one of the best assets to the town, Cherokee County and surrounding counties. Then in 1903, Barker organized and constructed the Cherokee Tanning Extract Company.

The Andrews Lumber Company was organized in Ridgeway, Pennsylvania by E.C. Campbell, who erected a large band saw mill in Andrews in 1911. He also built a standard gauge railroad into the Nantahala area to Rainbow Springs. This company was successfully operated by Campbell and his successors until 1930.

Andrews was a big railroading town and these places offered comfortable accommodations to the visitor who might be spending the night or longer periods of time.

In the autumn of 1920, the Peavine railroad, running between Andrews and Hayesville was completed. In October of the same year, an excursion train ran on the line carrying several hundred residents of Valleytown township to “the head of the road,” where they met a huge portion of the 5,000 people who lived in Clay County. Never were there as many people in Hayesville than had gathered on this occasion.

The Peavine mainly obtained revenue by hauling heavy items. On the trip to Hayesville the train would haul fertilizer, feed grain and hay. On the return trip to connect with the Southern Railroad in Andrews, the load would consist of lumber, acid wood and tan bark.

In 1951, after declaring the Peavine was operating at a loss and obtaining permission from the State Utilities Commission, operation of the railroad was discontinued and the steel rails were taken up and sold.

But the railroad was not completely forgotten. On Tuesday, July 18, 1988, the state of North Carolina purchased the 67-mile scenic railroad line (from Dillsboro to Murphy) from Norfolk Southern for $650,000. This marked the first time the state had purchased and totally owned a railroad line. In 1988 the state leased the 67 miles of track to the Great Smoky Mountain Railway (GSMR) for a 25-year period. GSMR later bought the line from Dillsboro to Andrews, while the state continues to hold the title to the Andrews to Murphy tracks.

The first GMSR excursion train rolled into Andrews on October 15, 1988. It was the first passenger train in town since 1948 when that service in Andrews was closed.

In late 1999 GSMR sold out to American Heritage Railways, owners of the Durango & Silverton Narrow Gauge Railroad in Durango, Colorado. The new owners made a small name change in the line. It is now called Great Smoky Mountains Railroad. While the new owners do not currently offer excursions from the Andrews depot, it may do so in the future.